OGDEN — The federally mandated practice of posting hospital prices online falls short of its intended goal, that of helping consumers shop for the best deal. And a recent analysis of how the health care system responds to typical market forces helps to explain why.

Christopher Yencha, an assistant professor of economics at Weber State University and Paula Fitzgerald, a business administration professor at West Virginia University, researched how basic economic tenets function in the health care market versus other markets. And data showed that commonly-held expectations don’t always pan out.

Their article, “A Test of Policy Makers’ Formal and Lay Theories Regarding Health Care Prices,” was published in the American Marketing Association’s Journal of Public Policy and Marketing in 2018.

“It’s super messy,” Yencha said in a recent phone interview. “And we think it has to do primarily with lack of transparency.”

As of Jan. 1, a new federal rule requires hospitals to post all prices online, and some facilities, including McKay Dee Hospital in Ogden, publish a plethora of “Chargemaster” or suggested retail prices.

But Chargemaster prices differ significantly from the more variable, negotiated payments hospitals ultimately receive for services. According to their analysis, the average total payment a hospital receives for a procedure is roughly one-fourth what it billed.

“And that’s the insurance part of the story,” Yencha said.

Fitzgerald, recently reached by phone in West Virginia, elaborated on that point, noting a market situation in play called monopsony — meaning there is only one buyer.

“When you have only one insurer in a local market, that insurer is the kingpin. Everybody’s insurance is going to run through that insurer,” Fitzgerald said. “That gives the insurer power to negotiate prices downward at the hospital.”

They also found that higher prices were no guarantee for higher quality of care. In fact, consumers sometimes paid more for less. While the U.S. leads the world in per capita health care spending, it ranked last of 11 developed nations in 2014 for infant mortality, healthy life expectancy at age 60 and preventable deaths before age 75.

Kaiser Health News described the mishmash of online hospital prices as “a dog’s breakfast of medical codes, abbreviations and dollar signs — in little discernible order — that may initially serve to confuse more than illuminate.”

Yencha agreed that the posting of Chargemaster prices could be misleading.

“The policy is to try to make transparency at the price level nobody really pays in practice,” Yencha said. “It sounds like a win … but in reality it’s not the price that insurance companies or consumers internalized.”

For roughly a decade, the Utah PricePoint System has offered online tools for consumers to compare hospital procedure costs. Utah PricePoint is a joint product of the Utah Hospital Association and Utah Department of Health.

But even the Utah PricePoint website warns that several factors can affect a consumer’s final costs, including individual insurance plans, medical conditions and quality-of-care variables.

“You can filter on our site based on complexity of the patient, and there’s some level of care in it. At the end of the day though, charges are imperfect,” Horne said. “I think there’s hope that at some point — as complex as it is — we’ll get there, particularly for things that are shoppable.”

The bottom line for consumers, Horne added, is what they’ll pay out of pocket — and that differs from what hospitals pay.

“Charges are based on the information we have, that’s the best we can do,” Horne said. 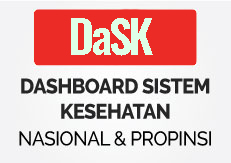